Thomas Bürk is a transdisciplinary working social scientist, trained in History, Cultural Anthropology and Geography. His recent research falls mainly into the field of Critical (Political) Geography and Urban Studies, with a focus on smaller towns and cities. Acknowledging the continued importance of political economies, his work is firmly grounded in an understanding of the intersectionality of power relations, drawing on the production of space under poststructuralist approaches. Bürk has been an activist in different social movements for about nearly 15 years before becoming a student at the Humboldt-University Berlin and the School of Oriental and African Studies (SOAS) in London, after which he wrote his PhD thesis about the specific local conditions of civic urban cultures in East-German (peripheralized and stigmatized) towns that are facing massive xenophobic and right wing influences.

Bürk’s extensive ethnographic fieldwork in these places in the German state of Brandenburg have fostered his conviction that the urban (socio-cultural) questions for many of these towns are neither to be solved by demanding only state action nor by leaving these places and their local initiatives off the record. 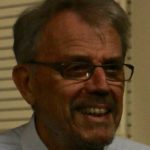 Andreas Faludi is a guest researcher at the Delft University of Technology, where he had a chair in Spatial Policy Systems in Europe (2005-2012).

Andreas Faludi is one of the leading researchers in the field of European Planning and Territorial Cohesion.

Here is a short abstract of what he would like to discuss during the conference:

EU Cohesion policy is witness to tensions inherent to the European construct, tensions which are presently only too manifest. This is because it affects the territoriality of member states, territoriality standing for the assertion by any organisation that an area of space is under its influence (Sack 1984: 34). As sovereign states, EU members must even assert that their influence over their territories is supreme, and the more so since they may consider themselves the exclusive depositories of democratic legitimacy. But under its albeit delegated powers the EU, too, holds itself responsible for Cohesion policy and its effects on the territory of the EU and of each of its members. So in effect two forms of territoriality are clashing with each other. (Faludi, A. (2016) ‘The territoriality of Cohesion policy’, in: S. Piattoni, L. Polverari (Eds.), Handbook on Cohesion Policy in the EU, Edward Elgar, Cheltenham, 491-505 Sack, R.T. (1984) ‘The societal conception of space’, in: D.Massey, J. Allen (eds.) Geography Matters! A Reader, Cambridge University Press, London, 34-47) 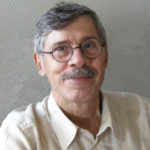 His current research and publications concern uneven geographical development and socio-spatial justice in the Eurozone, the social and spatial effects of the economic crisis in Southern Europe, the role of small firms in local development and land dispossession in times of economic crisis. He is section editor for Regional Development in the International Encyclopaedia  of Human  Geography (Elsevier), managing editor of Geographies (a Greek journal) and member of the editorial board in several other international journals. His most recent book in German is: Schuldenkrise and Landraub in Griechenland, Westfälishes Dampboot, Münster, 2016 and (forthcoming 2017) Spaces of Crises. Structures and Struggles in Southern Europe, London: Routledge

Here is a short abstract of what he would like to discuss during the conference:

Since the beginning of the 21st century, EU regional policies have followed the Lisbon Strategy and are part of the so-called “cohesion policies” without a particular spatial dimension. Problems of peripheral regions, we are told, will find a solution if member-states and regional authorities apply the triple-axis priorities decided in Lisbon: “regional competitiveness”, “knowledge economy” and “growth and jobs”. All regions are now eligible for funding, following the established Lisbon Indices. It is clear that these policies are moving away from the old “weak welfare regionalism” focusing on convergence and applied in the 1980s and 1990s towards the “entrepreneurial regionalism” model. The latter is part of the neoliberal dogma dictating the everyday life and future of EU citizens, in which every peripheral region should compete to survive. The dogma ignores the path dependence development of each region, promotes as “best practice” few successful star-regions, ignores convergence and questions of redistribution and, finally, promotes large cities at the expense of smaller ones and agricultural regions. The crisis since 2009-2010 in the Eurozone and in the EU has hastily replaced the Lisbon Strategy with the so-called “smart specialisation” which is, however, more of the same. It is therefore necessary for all progressive forces in Europe to firstly show the inadequacies of dominant models and secondly to design and propose an alternative radical policy that deals with the specific socio-spatial questions of peripheral regions. 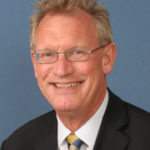 Ray Hudson is professor in the Department of Geography at Durham University and served as deputy vice chancellor of the university from 2014 to 2015. His research addresses economic geographies, processes of combined and uneven development, relations between corporate and state policies, and issues of territorial development. 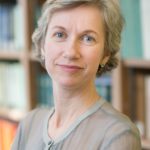 Merje Kuus is Professor of Geography at the University of British Columbia. She is a political geographer whose work concentrates on geopolitics and policy processes in national and transnational institutions. She investigates the production of expert knowledge in bureaucratic settings: processes that might be called political geographies of policy expertise.

Here is a short abstract of what she would like to discuss during the conference:

In Europe, the varied and sometimes contentious discussions around issues as diverse as the euro crisis, Brexit, or the United States presidential election all illustrate a set of tensions between national and transnational decision-making. To some, these developments indicate the need to nationalize decision-making and reduce the influence of trans-national institutions and expert networks in our daily lives. To others, the lesson is the opposite: that Europe’s nation-states cannot effectively respond to external and internal shocks on their own and must strengthen the trans-national dimension of policy-making. But what do the national and the transnational mean in these debates?

European Union (EU) institutions can hardly be said to be anywhere close in political clout to what they were a decade ago, and national institutions are under severe strain, too. This presentation explores the fundamental questions around state power, spatial inequality, and geographical expertise that arise from these tensions. Where and how, I ask, is expert knowledge about places created in today’s Europe? How do ideas circulate among places, how are they modified in the process, and how does the knowledge thereby created change center-periphery relations in the continent? My effort is not to assess whether policy-making and spatial planning is, or should be, more national or supranational; my goal is rather to bring into view the specific ways in which different levels of decision-making are entangled and co-constituted in today’s Europe. This gives us a more dynamic and textured view of how power and authority operate on a continental scale. I draw my primary empirical material not from policy documents, but from over 150 one-to-one interviews with policy professionals in Brussels and eight other nodes of EU and national decision-making in Europe. In doing so, I offer a ‘peopled’ and high-resolution view of how geographical expertise about places and spatial relations is generated, modified, and put into practice in today’s Europe. Most of my interviewees are diplomats, but my argument about the flows of knowledge and power applies much beyond inter-governmental or EU diplomacy.

Catherine Perron is a political scientist and a graduate of Sciences Po as well as the Free University of Berlin. Winner of the Stein Rokkan Prize for Young Researcher in 1997 and the Le Monde Award for University Research in 2003, she published Les Pionniers de la démocratie, a book based on her thesis, supported in 2002 by the Doctoral School of Sciences Po, on the transformation of the Czech and East German political elites after 1989: a comparison of democratic construction in two post-communist societies. Between 1999 and 2001, she worked as a project manager, responsible for the Balkans for the association Trans-European. Since October 2003, she is co-editor-in-chief of the journal Critique internationale. Her current research focuses on regionalization in post-communist countries. 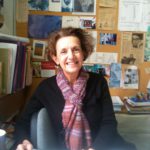 Dina Vaiou is Professor of urban analysis and gender studies in the Department of Urban and Regional Planning of the National Technical University of Athens (NTUA) and coordinator of the post-graduate programme on Urban and Regional Planning. She has coordinated several national and European projects (or the Greek part of such projects) and has been visiting scholar in different EU universities.

Her research interests, publications in Greece and abroad and papers presented in Conferences include: the feminist critique of urban analysis, the changing features of local labour markets, with special emphasis on women’s work and informalisation processes, gender and everyday life in cities with an emphasis on the differential uses and meanings of “public” space, the impact of mass migration on Southern European cities and women’s migration in particular.

Here is a short abstract of what she would like to discuss during the conference:

One of the most important and least debated aspects of the prolonged and multifaceted crisis for which the European South has become notorious, is the crisis of care. As everyday life does not stop with the economic crisis and the struggle for survival does not become any easier, the needs for care and support, in material and emotional terms, has become more complicated. The labour that is necessary to cover those needs has a deeply gendered content, whose recognition is a sine qua non for understanding the crisis and, more importantly, for thinking about alternative ways out of it – ways which focus on values of coexistence and practices of mutual support not only in the private sphere of households but in a range of geographical scales, from neighbourhood solidarity initiatives to the global trajectories of migrant women to the macro-economic manoeuvres of capital.